Graves muses, "It’s funny to end up here because I didn’t have a particular goal in mind when I started composing the Solstice songs. In fact, if anything my goal was to not have a goal, I just wanted to do it. It was a very Zen approach. I decided almost on impulse to write and release a new song on YouTube each week. I liked that pressure of knowing a few thousand people would be expecting a new song." Graves wanted to show up weekly and put forth whatever materialized in the studio by exploring creativity in its rawest form – improvisation – simply seeing what came that day, and then shaping the result into a completed song. Without time to “think” too much about the process, this approach allowed the compositions to end up in a state very close to how he first conceived each one: raw and natural. Graves chuckles, “Yeah, you can even hear these pauses in some of the tracks, and it’s literally me considering what to play next. I wanted to capture that truth. Creators tend to overthink things, and I wanted to eliminate that from the process as much as possible. There’s a primal intensity in art when it’s first created, and I tried to keep that in these songs, to get a snapshot of that initial energy before it had time to dissipate.”

Graves was also able to tie in his love of travel and photography to the project, including the use of original landscape photos from Iceland as the backdrop for each YouTube video. “I’m very inspired by travel, and somehow the photos just seemed to fit in with the same goals I had with the music. To me, Iceland looks like the world in its most visceral and beautiful form, and I guess that’s what I wanted these songs to be too.”

After writing and posting ten tracks, Graves realized he had the makings of an album’s worth of material, and the idea to delve into modern classical and ambient soundscapes became more than just an idea. For a writer and producer mostly known for hard rock, he’s always taken inspiration from other genres: "I think in my rock productions I’ve always included nontraditional elements for the genre, like strings, piano, even full orchestral arrangements, sometimes by themselves, sometimes over huge guitar riffs. So, in a way these elements have always been there. It’s just part of what I like and how I hear music. The Solstice project is sort of a distillation of some of the elements I already add to my bigger productions." Exclusively for the album’s release, Graves composed three additional songs and created orchestral versions of three of the original ten Solstice songs, working with long-time collaborator and string arranger David Davidson (Sheryl Crow, Carrie Underwood, Rascal Flatts).

Speaking to the project’s challenges, Graves says: "For me, the most obvious challenge is the difference of being the artist versus being the producer. I think there’s a bit more vulnerability when you’re the artist. I find that as a producer I’m very decisive in the studio, but in preparing Solstice for release, I probably put the songs through more mixing and mastering revisions than I normally would, and I probably contemplated smaller decisions more than I needed to. I really have no idea why it should be that way, but it’s just something I notice and find sort of amusing.”

Graves cites Philip Glass, Olafur Arnalds, and Sigur Ros as big inspirations in all of his work, and he is also influenced by many film and game composers, like Jeremy Soule, Hans Zimmer, and Gustavo Santaolalla. "When young producers ask how to get an original sound, I tell them to listen to the opposite of what they are producing, and then see how they can incorporate it. If you’re a rock producer and you listen only to other rock stuff, your work will get stale pretty quickly."

There will definitely be more rock records to come for Graves, as he is currently finishing RED's seventh album, his sixth with the band, a record he’s described on Twitter as the band’s heaviest by far. Graves has more rock lined up in 2020 with some soon to be announced records, and he will also continue to focus on modern classical pieces, as well as another yet unannounced large-scale solo release. "I’m very interested in exploring some bigger soundscape-type music and I’ve spent a couple years working on a project that goes well beyond ambient piano. I’ll have more info on that soon, but for now it’s still under wraps."

Rob Graves is a Maine native and now divides his time mostly between New England and Franklin, TN. He is a multi-platinum producer, songwriter, and musician and his work has sold over 5 million records, with his combined body of writing and production generating billions of streams. Graves has earned two Grammy nominations and is a 5-time Dove Award recipient. Graves has enjoyed an impressive two hundred and sixty straight weeks (five years) of songs he’s either written or produced in the active rock top 40, including two number one songs (Halestorm and All That Remains,) several top five hits, and multiple number one rock albums within that span, and remarkably has written and produced over twenty-five number one songs across all Billboard formats, working with such artists as Richard Marx, Benjamin Burnley (Breaking Benjamin), and Joy Williams (The Civil Wars). 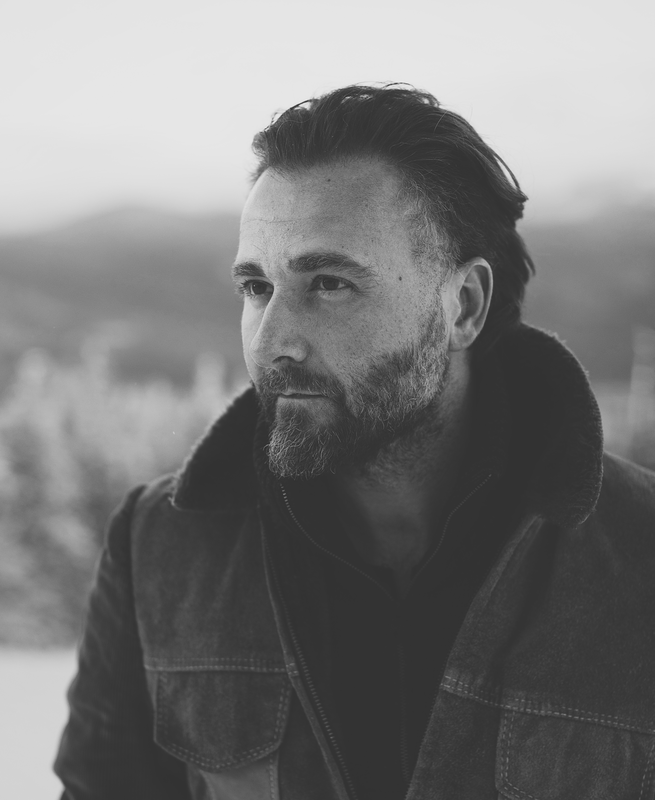